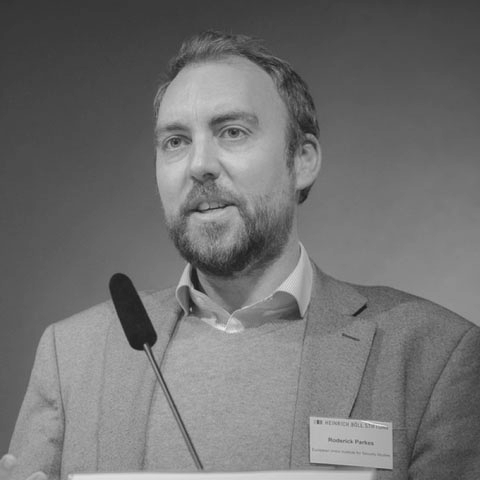 Roderick Parkes joined the EUISS in late 2015, where he works on issues of international home affairs cooperation. Prior to this, he worked for four years as a researcher at the German Institute for International and Security Affairs (SWP) in Berlin (2005-2009) before moving to Brussels and establishing SWP's liaison office to the EU and NATO (2009-2012). In 2012, he moved to the Polish Institute of International Affairs, PISM, in Warsaw, where he ran the Europe programme (2012-2014).

From late 2014, on leave from PISM, he spent a year at the Swedish Institute of International Affairs (UI) on a research scholarship from the Swedish Foreign Ministry to look into the EU's refugee crisis.

Roderick was educated at the Universities of Edinburgh and Cambridge, as well as the Institut d'etudes politiques in Grenoble, and received a PhD from the University of Bonn.