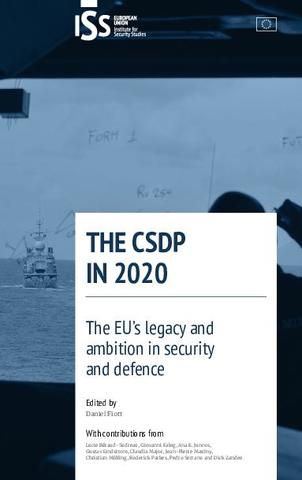 The past 20 years of the Common Security and Defence Policy (CSDP) have taught us more about the EU as an international actor. While the Union has not entirely lived up to the ambitions set down by European ministers at the Helsinki European Council in December 1999, the EU has developed the ability to deploy civilian and military missions and operations. In more recent years, the EU has advanced cooperation on defence through the EU Global Strategy with a range of new tools.

Looking back over the last 20 years of CSDP, this book provides an analytical overview of the key historical developments and critically appraises the successes and failures charted over two decades. A host of leading think tank analysts and a senior EU official look at issues such as institutional design, operations and missions, capabilities, industry and civilian crisis management.

The book is not just a historical record, however: several chapters look at the geopolitical challenges facing the EU. The contributors look at emerging security challenges, the nature of permissibility, the internal-external security nexus, the defence industry and civilian CSDP. Together, the chapters underline the need for the EU to match its rhetoric on security and defence with capabilities and political ambition.