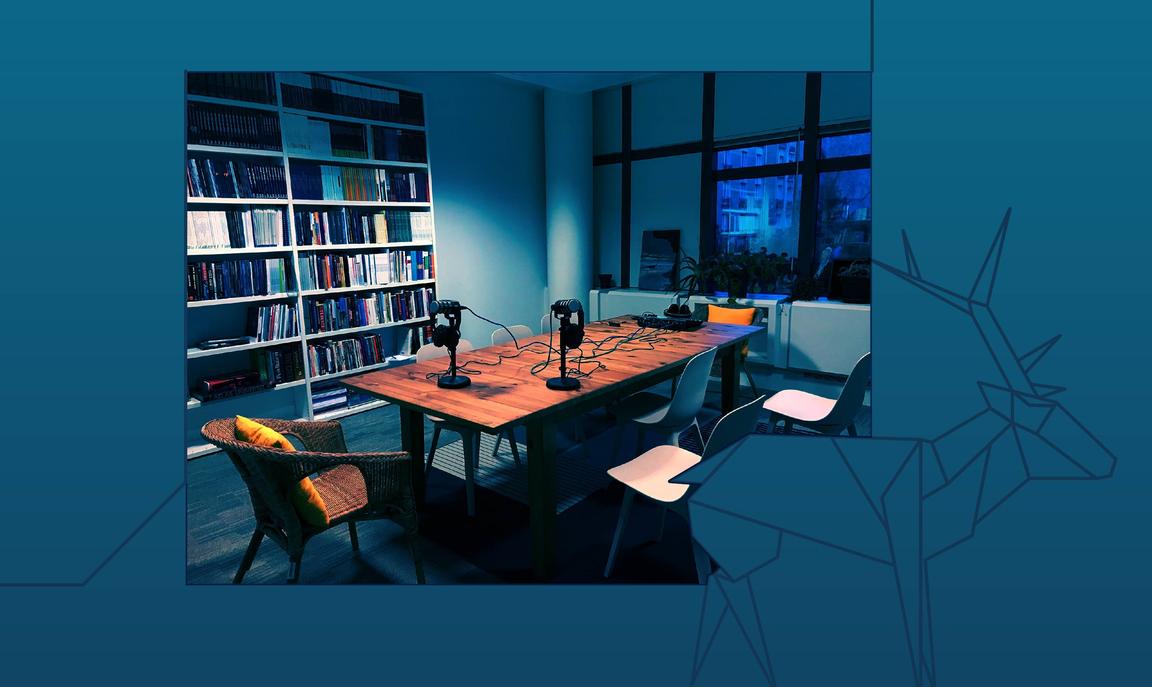 The EUISS' ‘What if’ podcast is a foreign policy foresight conversation: it looks at fictional scenarios that could happen between now and the end of 2021, discussing questions like: under what circumstances could this come about? What would it mean? Can we prevent it, or how would we have to respond to it? And lastly: how likely is it?

1) What if... there was another American civil war?

In this episode, the United States are in their 8th week of violence across the country, involving urban and rural areas, left and right, citizens and security forces. Nathalie van Raemdonck and Roderick Parkes, both analysts at the EUISS, discuss with Florence Gaub how this all happened – and how fictional is it?

In this episode, civil war breaks out in the fictional country of Tcherba. The government suspends mediation talks with the Uralanskian Freedom Front and accuses the People’s Republic of Fijikistan of meddling in its internal affairs. Soon, the war is no longer confined to the national sphere, but rapidly becomes internationalised – a common feature of conflict today. Daniel Fiott and Katariina Mustasilta, both EUISS analysts, discuss with Florence Gaub where this trend is coming from – and how it is likely to evolve.

3) What if...Russia and Europe clashed in Africa?

In this episode, things turn violent for an EU electoral observer mission in Gambola. Five of its staff are killed in an ambush, with evidence that a Russian private military company was involved. Russia and the EU are now mired in a standoff in Africa over elections, disinformation and, for the first time, European casualties. Giovanni Faleg and Sinikukka Saari, both analysts at the EUISS, discuss with Florence Gaub why this scenario is becoming increasingly likely – and what can be done about it.

4) What if...Warren/Trump/Biden became president in 2021 - and what each means for the Middle East

In this episode, Simona Soare and Florence Gaub examine three different scenarios that could be in store for us come January 2021: what would it mean for the Middle East if Elizabeth Warren, Joe Biden or Donald Trump are elected next president of the United States? More conflict, more disengagement – or just the opposite? And what are the implications of the three alternate scenarios for Europe?

5) What if...Russia clashes with Ukraine in the Sea of Azov?

In this episode, things come to a head in the Sea of Azov: Russia seizes two fishing vessels, killing one of the captains, and triggers a wave of demonstrations in Ukraine. The EU is called on to respond and show support for Ukraine, including by deploying an international maritime mission. Stanislav Secrieru and Clara Portela, both EUISS analysts, discuss here with Florence Gaub why this scenario is already in the making – and what it could mean for us.

6) What if...China and Russia partner up in cyberspace?

In this episode, Russia and China join forces to enforce their approach to the internet – with far-reaching geopolitical consequences that go well beyond cyberspace. What appears to be a technical and legal battle is in reality a contest of global world orders. Alice Ekman and Patryk Pawlak, both EUISS analysts, discuss with Florence Gaub why this scenario is already in the making – and what can be done about it.