Enlargement and European defence after 11 September 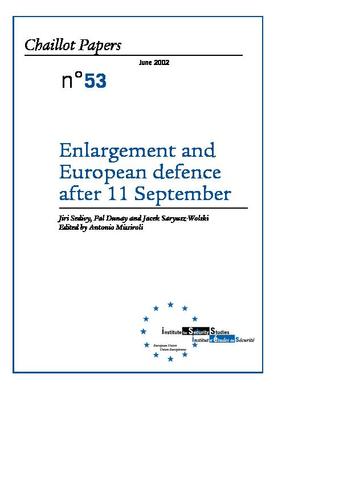 All three Central European candidates for EU membership have gone through an evolutionary (and learning) process as regards the development of ESDP: from scepticism and worry – that it could undermine NATO – to qualified acceptance and more direct involvement. This evolution can be explained through two parallel processes that the contributors spell out very clearly. On the one hand, the path leading to full NATO membership – along which the three candidates increased their interoperability and actual engagement in multilateral peacekeeping – has broadened their foreign policy perspectives, while the war in Kosovo further convinced them of the centrality of the United States as a military actor and coalition leader. On the other hand, the path leading to EU accession has made them realise that the Fifteen might engage ever more directly in European security, while an American presence could not necessarily be taken for granted any longer. Since early entry to the Union has been and still is a key foreign and domestic policy priority for all three, they have basically decided to tone down their ‘Atlanticist’ reservations in order not to endanger their negotiating position. However, they have remained ambivalent over the possible implications and the finalité politieof ESDP. The only aspect that the three Central European applicants have criti-cised throughout has been their initial inclusion in the generic category of ‘third’ countries, along with other non-Allied candidates and even such non-candidates as Ukraine or Russia.

Getting there: building strategic mobility into ESDP