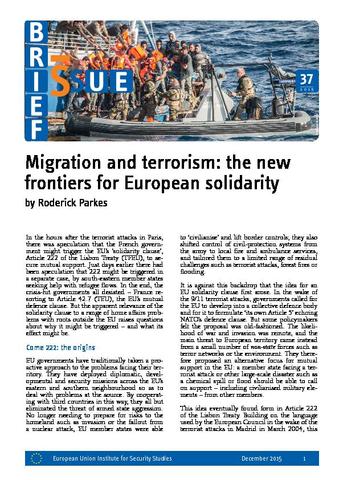 In the hours after the terrorist attacks in Paris, there was speculation that the French government might trigger the EU’s ‘solidarity clause’, Article 222 of the Lisbon Treaty (TFEU), to secure mutual support. Just days earlier there had been speculation that 222 might be triggered in a separate case, by south-eastern member states seeking help with refugee flows. In the end, the crisis-hit governments all desisted – France resorting to Article 42.7 (TEU), the EU’s mutual defence clause. But the apparent relevance of the solidarity clause to a range of home affairs problems with roots outside the EU raises questions about why it might be triggered – and what its effect might be.