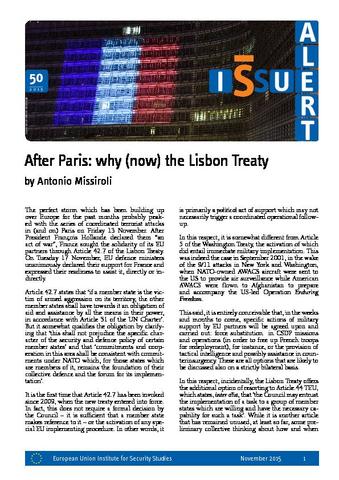 The perfect storm which has been building up over Europe for the past months probably peaked with the series of coordinated terrorist attacks in (and on) Paris on Friday 13 November. After President François Hollande declared them “an act of war”, France sought the solidarity of its EU partners through Article 42.7 of the Lisbon Treaty. On Tuesday 17 November, EU defence ministers unanimously declared their support for France and expressed their readiness to assist it, directly or indirectly.

In groups we trust – Implementing Article 44 of the Lisbon Treaty