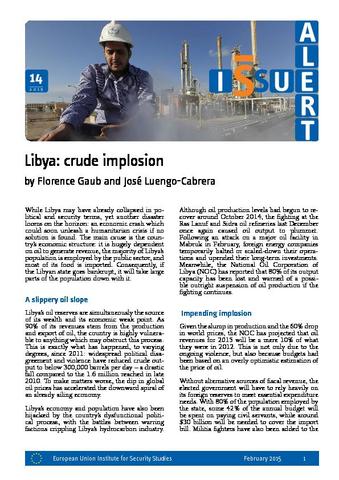 While Libya may have already collapsed in political and security terms, yet another disaster looms on the horizon: an economic crash which could soon unleash a humanitarian crisis if no solution is found.

The main cause is the country’s economic structure: it is hugely dependent on oil to generate revenue, the majority of Libya’s population is employed by the public sector, and most of its food is imported. Consequently, if the Libyan state goes bankrupt, it will take large parts of the population down with it.