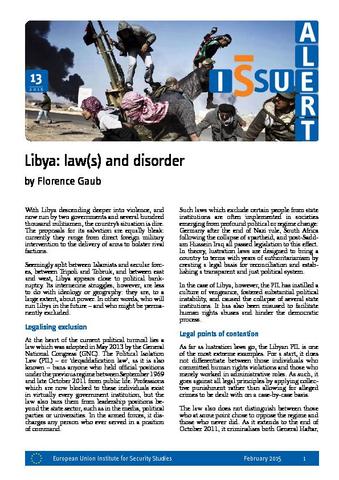 With Libya descending deeper into violence, and now run by two governments and several hundred thousand militiamen, the country’s situation is dire. The proposals for its salvation are equally bleak: currently they range from direct foreign military intervention to the delivery of arms to bolster rival factions.

Seemingly split between Islamists and secular forces, between Tripoli and Tobruk, and between east and west, Libya appears close to political bankruptcy. Its internecine struggles, however, are less to do with ideology or geography: they are, to a large extent, about power. In other words, who will run Libya in the future – and who might be permanently excluded.