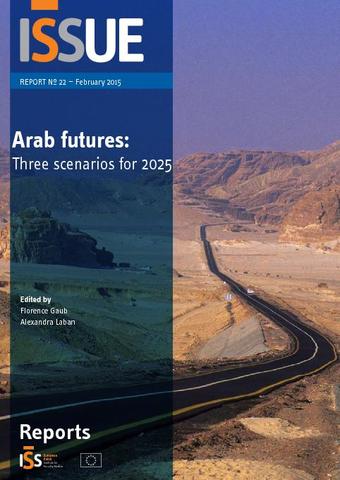 This report is the outcome of three sessions that convened a group of experts, the Arab Foresight Group, during 2014. It takes into account projections made by a wide array of organisations and is based to the maximum extent possible on available data.

It reduces speculation to a bare minimum, and identifies the relative certainties or 'megatrends' which concern the Middle East region and which are not likely to change over the next decade; perhaps more importantly, it also identifies six game-changers: those areas where policy-makers will influence the course of events by their choices. Depending on these choices, three probable scenarios have been hypothesised for the year 2025.