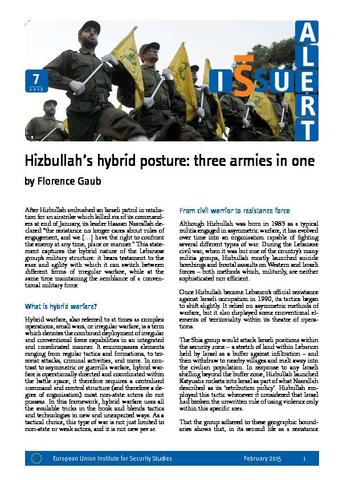 After Hizbullah ambushed an Israeli patrol in retaliation for an airstrike which killed six of its commanders at end of January, its leader Hassan Nasrallah declared “the resistance no longer cares about rules of engagement, and we […] have the right to confront the enemy at any time, place or manner.”

This statement captures the hybrid nature of the Lebanese group’s military structure: it bears testament to the ease and agility with which it can switch between different forms of irregular warfare, while at the same time maintaining the semblance of a conventional military force.