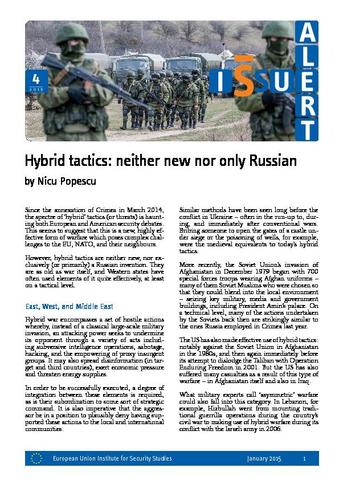 Since the annexation of Crimea in March 2014, the spectre of ‘hybrid’ tactics (or threats) is haunting both European and American security debates. This seems to suggest that this is a new, highly effective form of warfare which poses complex challenges to the EU, NATO, and their neighbours.

However, hybrid tactics are neither new, nor exclusively (or primarily) Russian invention. They are as old as war itself, and Western states have often used elements of it quite effectively, at least on a tactical level.

Do sanctions against Russia work?