Gulf of Guinea: pirates and other tales 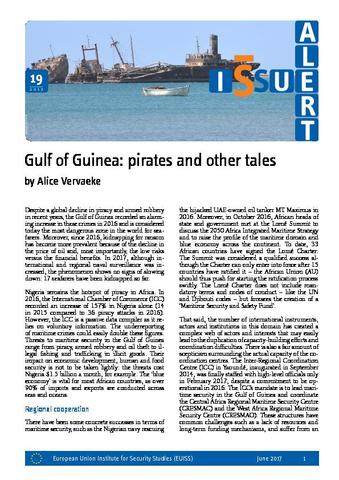 Despite a global decline in piracy and armed robbery in recent years, the Gulf of Guinea recorded an alarming increase in these crimes in 2016 and is considered today the most dangerous zone in the world for seafarers. Moreover, since 2016, kidnapping for ransom has become more prevalent because of the decline in the price of oil and, most importantly, the low risks versus the financial benefits.

In 2017, although international and regional naval surveillance was increased, the phenomenon shows no signs of slowing down: 17 seafarers have been kidnapped so far.