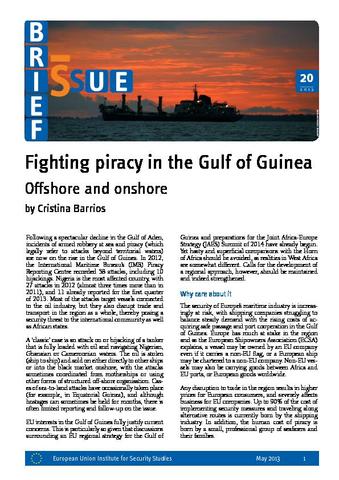 Following a spectacular decline in the Gulf of Aden, incidents of armed robbery at sea and piracy (which legally refer to attacks beyond territorial waters) are now on the rise in the Gulf of Guinea. In 2012, the International Maritime Bureau’s (IMB) Piracy Reporting Centre recorded 58 attacks, including 10 hijackings. Nigeria is the most affected country, with 27 attacks in 2012 (almost three times more than in 2011), and 11 already reported for the first quarter of 2013. Most of the attacks target vessels connected to the oil industry, but they also disrupt trade and transport in the region as a whole, thereby posing a security threat to the international community as well as African states.
EU interests in the Gulf of Guinea fully justify current concerns. This is particularly so given that discussions surrounding an EU regional strategy for the Gulf of Guinea and preparations for the Joint Africa-Europe Strategy (JAES) Summit of 2014 have already begun. Yet hasty and superficial comparisons with the Horn of Africa should be avoided, as realities in West Africa are somewhat different. Calls for the development of a regional approach, however, should be maintained and indeed strengthened.&nbsp; 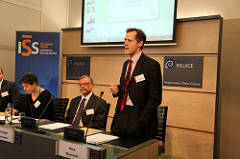