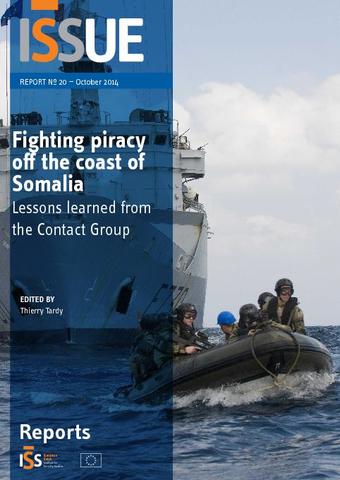 One of the priorities of the 2014 EU Chairmanship of the Contact Group on ­Piracy off the Coast of Somalia (CGPCS) has been to adequately document the lessons learned from the Contact Group. This includes both the unfiltered accounts of people affected by piracy or involved in the fight against piracy and the more academic, analytical work whose aim is to generate conclusions, observations and recommendations. To achieve the objective of documenting the CGPCS lessons learned, a CGPCS Lessons Learned Consortium was established in 2013 consisting of the EU Institute for Security Studies (EUISS), Cardiff University and Oceans Beyond Piracy. These three organisations have initiated and developed several work strands to ensure that the lessons learned from the Contact Group are not only preserved for future students, scholars and practitioners, but also placed in a broader societal and intellectual framework, allowing for further analysis and study. This report is one of the core products of the CGPCS Lessons Learned Project. The EUISS has brought together a number of authors who have been involved in the ­CGPCS from the outset to document the genesis and evolution of the Contact Group since its inception in 2009. These contributions offer an overview of the work of the Contact Group and illustrate the road the CGPCS stakeholders have travelled together as well as the manner in which the international counter-piracy strategy has evolved.