Behind – and beyond – Armenia’s choice 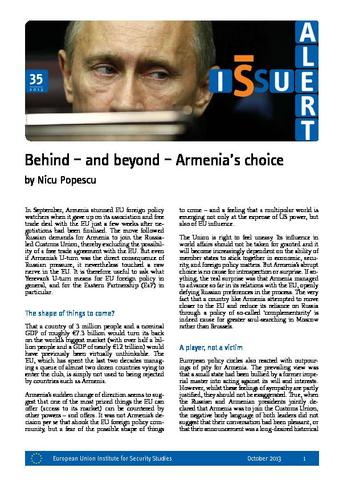 In September, Armenia stunned EU foreign policy watchers when it gave up on its association and free trade deal with the EU just a few weeks after negotiations had been finalised. The move followed Russian demands for Armenia to join the Russia-led Customs Union, thereby excluding the possibility of a free trade agreement with the EU. But even if Armenia’s U-turn was the direct consequence of Russian pressure, it nevertheless touched a raw nerve in the EU. It is therefore useful to ask what Yerevan’s U-turn means for EU foreign policy in general, and for the Eastern Partnership (EaP) in particular.

A solidarity package for the eastern partners