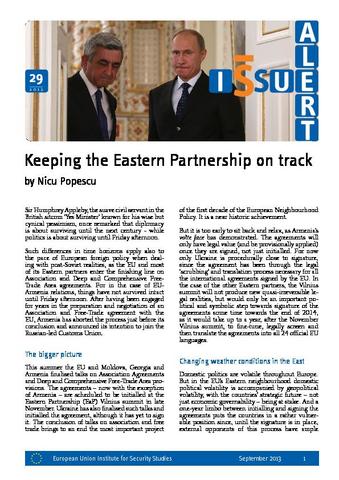 Sir Humphrey Appleby, the suave civil servant in the British sitcom ‘Yes Minister’ known for his wise but cynical pessimism, once remarked that diplomacy is about surviving until the next century - while politics is about surviving until Friday afternoon. Such differences in time horizons apply also to the pace of European foreign policy when dealing with post-Soviet realities, as the EU and most of its Eastern partners enter the finishing line on Association and Deep and Comprehensive Free-Trade Area agreements.

For in the case of EU-Armenia relations, things have not survived intact until Friday afternoon. After having been engaged for years in the preparation and negotiation of an Association and Free-Trade agreement with the EU, Armenia has aborted the process just before its conclusion and announced its intention to join the Russian-led Customs Union.