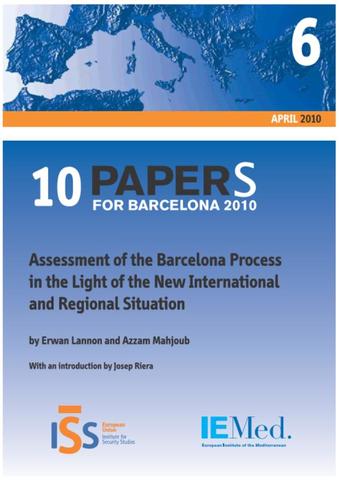 This is the sixth in a series of ten papers jointly published by the European Institute of the Mediterranean (IEMed) and the European Union Institute for Security Studies (EUISS) which aim to address ten critical topics for Euro-Mediterranean relations. The papers have been commissioned with a view to formulating policy options on a set of issues which are central to achieving the objectives set out in the 1995 Barcelona Declaration and the 2008 Paris Declaration, as well as defining new targets for 2020 in the political, economic and social spheres. This sixth paper offers an assessment of the Barcelona Process with a detailed analysis of the institutional and economic dimension of Euro-Mediterranean relations.

Education, research and gender: the sources of progress