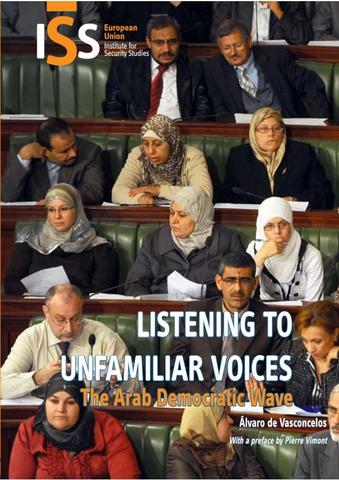 In 2011, millions of citizens in the Southern Mediterranean took to the streets demanding an end to dictatorship and the right to choose their governments, and also affirming their right to their cultural and religious identities and well-being. Within months this extraordinary popular movement led to the downfall of three dictators. The now thirty-seven year old third democratic wave is finally sweeping the periphery of old Europe. This wave came in four phases: it caused the fall of the dictatorships in Europe in Portugal, Greece and Spain in the 1970s, then in Latin America and Asia in the 1980s and 1990s, followed by Eastern Europe and other countries in the 1990s; and now, after the lost decade at the start of this century, it is sweeping the Mediterranean and Arab world. This book, written by the Director of the EUISS, Álvaro de Vasconcelos, assesses the democratic wave one year on, and what the options are for the EU in a post-Western international context. European initiatives, starting with the Barcelona summit in 2005, have given renewed impetus to the project of Euro-Mediterranean inclusion, and countered the view of Muslims as the enemy that has prevailed for too long in the West. Against this background, the challenge will be to accept the democratic choices of citizens in the South and to learn to live with the fact that Islamist parties are likely to come to power all over the region. Europeans will have to listen to these new and unfamiliar voices and acknowledge their legitimacy. These are the voices of those who need to recover their dignity. These may not be less democratic, but they will certainly be more autonomous.

Europe needs to act as a consensus-builder in the Arab quest for democratic legitimacy and not as a divisive force that either supports secularist forces against Islamist parties or marginalises liberals in the name of a new political pragmatism. Europe and the US have to work with others to support transitions to democracy in the Arab world. The EU and some of its Member States are unavoidable actors in the Maghreb. The risk is that European policy choices may have a negative impact on local politics or that the EU offers the region insufficient means to address the huge social challenges it faces. In the Middle East, where the European Union is one among many actors, Europe risks becoming irrelevant in a region that remains the world’s strategic hub.

This book seeks to show that the democratic revolutions in the Arab countries offer a unique opportunity for the EU to contribute to a peaceful and democratic neighbourhood and to give a new impetus and raison d’être to the European project. 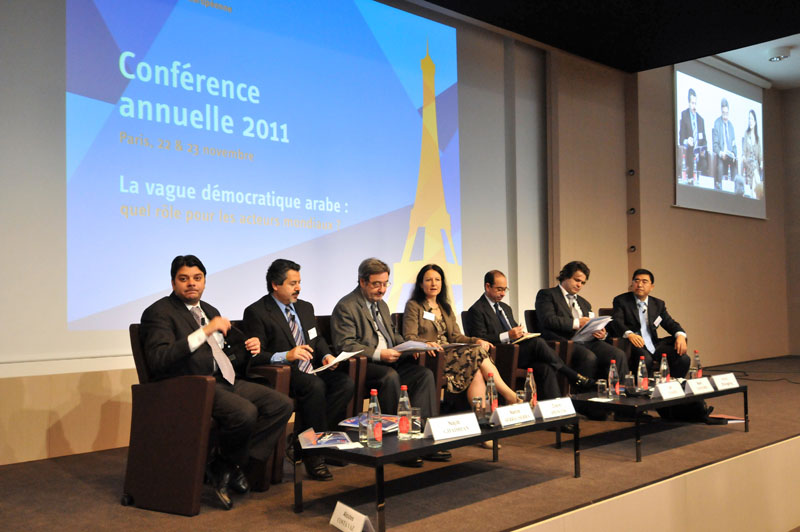