Africa growing? Past, present and future 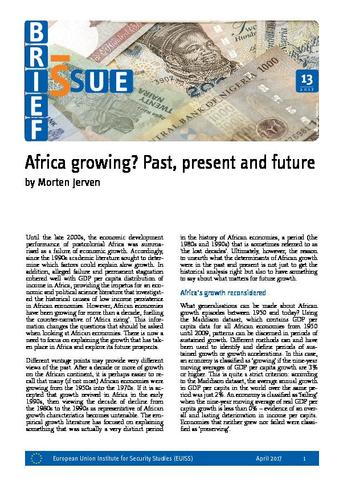 Until the late 2000s, the economic development performance of postcolonial Africa was summarised as a failure of economic growth. Accordingly, since the 1990s academic literature sought to determine which factors could explain slow growth. In addition, alleged failure and permanent stagnation cohered well with GDP per capita distribution of income in Africa, providing the impetus for an economic and political science literature that investigated the historical causes of low income persistence in African economies.

However, African economies have been growing for more than a decade, fuelling the counter-narrative of ‘Africa rising’. This information changes the questions that should be asked when looking at African economies. There is now a need to focus on explaining the growth that has taken place in Africa and explore its future prospects.