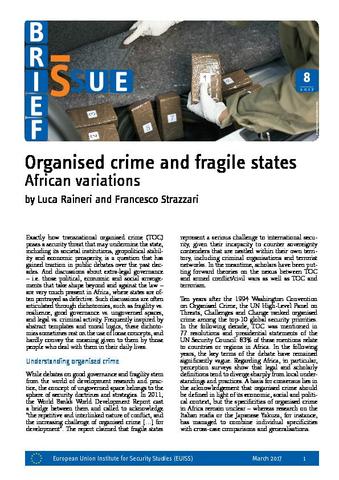 Exactly how transnational organised crime (TOC) poses a security threat that may undermine the state, including its societal institutions, geopolitical stability and economic prosperity, is a question that has gained traction in public debates over the past decades. And discussions about extra-legal governance – i.e. those political, economic and social arrangements that take shape beyond and against the law – are very much present in Africa, where states are often portrayed as defective.

Such discussions are often articulated through dichotomies, such as fragility vs. resilience, good governance vs. ungoverned spaces, and legal vs. criminal activity. Frequently inspired by abstract templates and moral logics, these dichotomies sometimes rest on the use of loose concepts, and hardly convey the meaning given to them by those people who deal with them in their daily lives.

Africa growing? Past, present and future