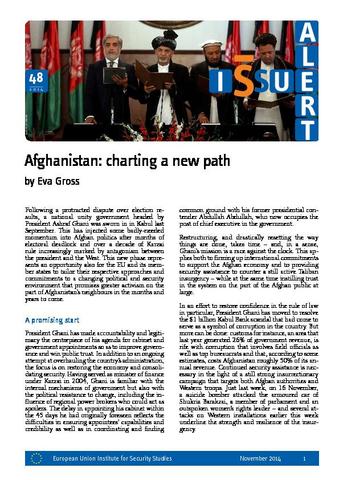 Following a protracted dispute over election results, a national unity government headed by President Ashraf Ghani was sworn in in Kabul last September. This has injected some badly-needed momentum into Afghan politics after months of electoral deadlock and over a decade of Karzai rule increasingly marked by antagonism between the president and the West. This new phase represents an opportunity also for the EU and its member states to tailor their respective approaches and commitments to a changing political and security environment that promises greater activism on the part of Afghanistan’s neighbours in the months and years to come.

Afghanistan: the crisis after the elections