The Western Balkans: back in the EU spotlight 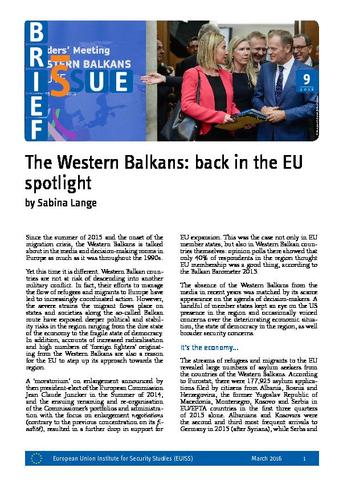 Since the summer of 2015 and the onset of the migration crisis, the Western Balkans is talked about in the media and decision-making rooms in Europe as much as it was throughout the 1990s. Yet this time it is different. Western Balkan countries are not at risk of descending into another military conflict. In fact, their efforts to manage the flow of refugees and migrants to Europe have led to increasingly coordinated action. However, the severe strains the migrant flows place on states and societies along the so-called Balkan route have exposed deeper political and stability risks in the region ranging from the dire state of the economy to the fragile state of democracy. In addition, accounts of increased radicalisation and high numbers of ‘foreign fighters’ originating from the Western Balkans are also a reason for the EU to step up its approach towards the region.