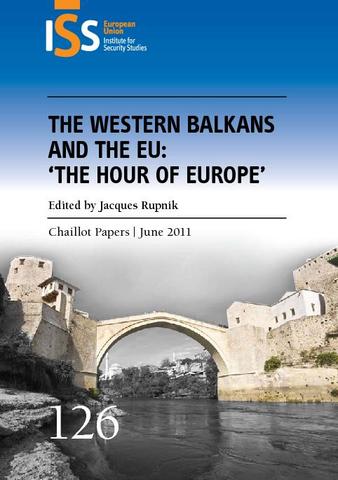 Today, more than fifteen years after the end of the wars of Yugoslavia’s dissolution, the ‘Balkan question’ remains more than ever a ‘European question’. In the eyes of many Europeans in the 1990s, Bosnia was the symbol of a collective failure, while Kosovo later became a catalyst for an emerging Common Foreign and Security Policy (CFSP). In the last decade, with the completion of the process of redrawing the map of the region, the overall thrust of the EU’s Balkans policy has moved from an agenda dominated by security issues related to the war and its legacies to an agenda focused on the perspective of the Western Balkan states’ accession to the European Union, to which there has been a formal political commitment on the part of all EU Member States since the Thessaloniki Summit in June 2003. The framework was set, the political elites in the region were – at least verbally – committed to making Europe a priority and everyone was supposedly familiar with the policy tools thanks to the previous wave of Eastern enlargement.

With the region’s most contentious issues apparently having been defused, the EU could move from stability through containment towards European integration. There are favourable trends to make this possible: the EU has emerged as the unchallenged international actor in the Balkans; the region, exhausted by a decade of conflict, is recovering stability and the capacity to cooperate; the EU has no other plausible enlargement agenda in sight and could use the direct involvement of some of its Member States in the region to facilitate the accession process. There are three international factors that have recently reinforced the EU’s role as the key player in the region: these concern the evolution of the respective roles of the United States, Russia and Turkey.

The Balkans by 2030: present trends and future challenges

Unfinished business in Europe: the Western Balkans and Turkey