Visions of North-East Asia – China, Japan, Korea and the EU 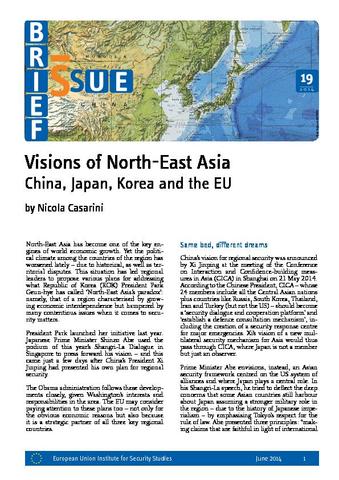 North-East Asia has become one of the key engines of world economic growth. Yet the political climate among the countries of the region has worsened lately – due to historical, as well as territorial disputes. This situation has led regional leaders to propose various plans for addressing what Republic of Korea (ROK) President Park Geun-hye has called ‘North-East Asia’s paradox’: namely, that of a region characterised by growing economic interdependence but hampered by many contentious issues when it comes to security matters. President Park launched her initiative last year. Japanese Prime Minister Shinzo Abe used the podium of this year’s Shangri-La Dialogue in Singapore to press forward his vision – and this came just a few days after China’s President Xi Jinping had presented his own plan for regional security. The Obama administration follows these developments closely, given Washington’s interests and responsibilities in the area. The EU may consider paying attention to these plans too – not only for the obvious economic reasons but also because it is a strategic partner of all three key regional countries.

Xi Jinping and the EU