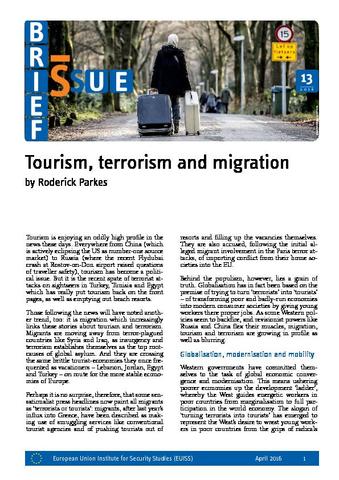 Tourism is enjoying an oddly high profile in the news these days. Everywhere from China (which is actively eclipsing the US as number-one source market) to Russia (where the recent Flydubai crash raised questions of traveller safety), tourism has become a political issue. But it is the recent spate of terrorist attacks on sightseers in Turkey, Tunisia and Egypt which has really put tourism back on the front pages, as well as emptying out beach resorts. Those following the news will have noted another trend, too: it is migration which increasingly links these stories about tourism and terrorism. Migrants are moving away from terror-plagued countries like Syria and Iraq, as insurgency establishes itself as the top root-cause of global asylum. And they are crossing the same brittle tourist-economies they once frequented as vacationers – Lebanon, Jordan, Egypt and Turkey – en route for the more stable economies of Europe.