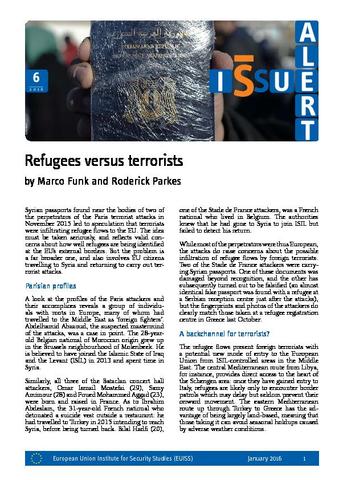 Syrian passports found near the bodies of two of the perpetrators of the Paris terrorist attacks in November 2015 created speculation that terrorists were infiltrating refugee flows to the EU. The idea must be taken seriously, and reflects valid concerns about how well refugees are being identified at the EU’s external borders. But the problem is a far broader one, and also involves EU citizens travelling to Syria and returning to carry out terrorist attacks.