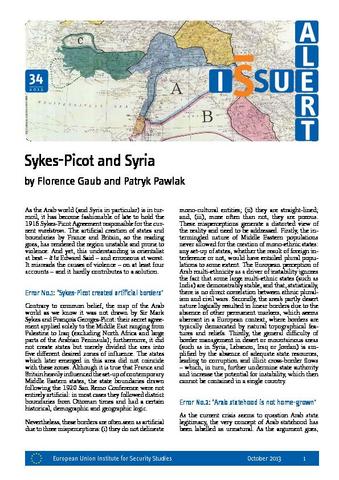 As the Arab world (and Syria in particular) is in turmoil,it has become fashionable of late to hold the 1916 Sykes-Picot Agreement responsible for the current maelstrom. The artificial creation of states and boundaries by France and Britain, so the reading goes, has rendered the region unstable and prone toviolence. And yet, this understanding is orientalistat best - à la Edward Said - and erroneous at worst. It misreads the causes of violence - on at least four accounts - and it hardly contributes to a solution.