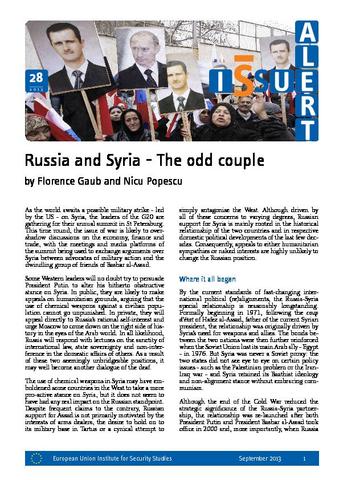 As the world awaits a possible military strike - led by the US - on Syria, the leaders of the G20 are gathering for their annual summit in St Petersburg. This time round, the issue of war is likely to overshadow discussions on the economy, finance and trade, with the meetings and media platforms of the summit being used to exchange arguments over Syria between advocates of military action and the dwindling group of friends of Bashar al-Assad. But given the historical relationship between Syria and Russia, will it just become another dialogue of the deaf?

After the chemical attacks in Syria - now what?