Staying ahead: the US and future technologies 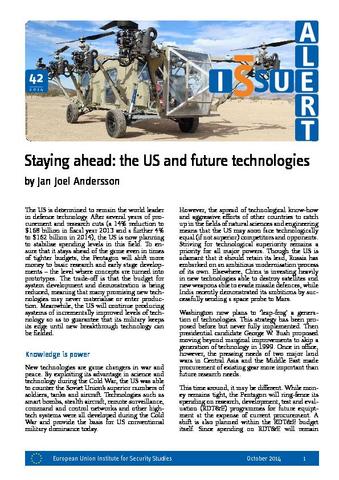 The US is determined to remain the world leader in defence technology. After several years of procurement and research cuts (a 14% reduction to $168 billion in fiscal year 2013 and a further 4% to $162 billion in 2014), the US is now planning to stabilise spending levels in this field. To ensure that it stays ahead in the technology game even in times of tighter budgets, the Pentagon will shift more money to basic research and early stage developments – the level where concepts are turned into prototypes.

The trade-off is that the budget for system development and demonstration is being reduced, meaning that many promising new technologies may never materialise or enter production. Meanwhile, the US will continue producing systems of incrementally improved levels of technology so as to ensure that its military keeps its edge until new breakthrough technology can be fielded.