Serbia’s Srebrenica Declaration: a small step, but in the right direction 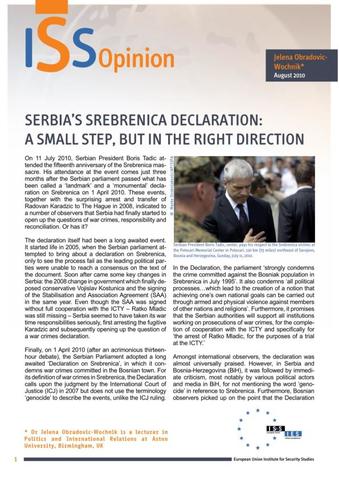 On 11 July 2010, Serbian President Boris Tadic attended the fifteenth anniversary of the Srebrenica massacre. His attendance at the event comes just three months after the Serbian parliament passed what has been called a ‘landmark’ and a ‘monumental’ declaration on Srebrenica on 1 April 2010.

These events, together with the surprising arrest and transfer of Radovan Karadzic to The Hague in 2008, indicated to a number of observers that Serbia had finally started to open up the questions of war crimes, responsibility and reconciliation. Or has it?