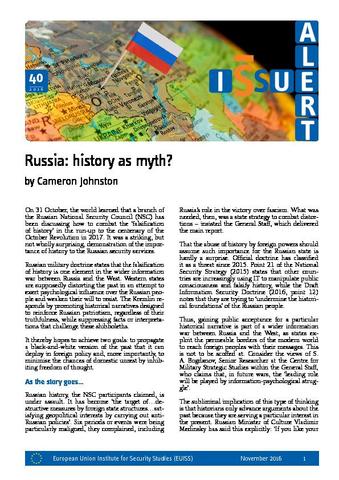 On 31 October, the world learned that a branch of the Russian National Security Council (NSC) has been discussing how to combat the ‘falsification of history’ in the run-up to the centenary of the October Revolution in 2017. It was a striking, but not wholly surprising, demonstration of the importance of history to the Russian security services.

Russian military doctrine states that the falsification of history is one element in the wider information war between Russia and the West. Western states are supposedly distorting the past in an attempt to exert psychological influence over the Russian people and weaken their will to resist. The Kremlin responds by promoting historical narratives designed to reinforce Russian patriotism, regardless of their truthfulness, while suppressing facts or interpretations that challenge these shibboleths.