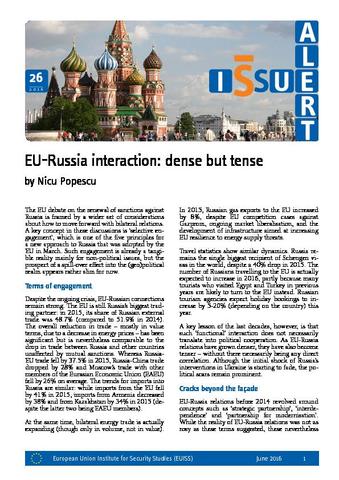 The EU debate on the renewal of sanctions against Russia is framed by a wider set of considerations about how to move forward with bilateral relations. A key concept in these discussions is ‘selective engagement’, which is one of the five principles for a new approach to Russia that was adopted by the EU in March. Such engagement is already a tangible reality mainly for non-political issues, but the prospect of a spill-over effect into the (geo)political realm appears rather slim for the time being.