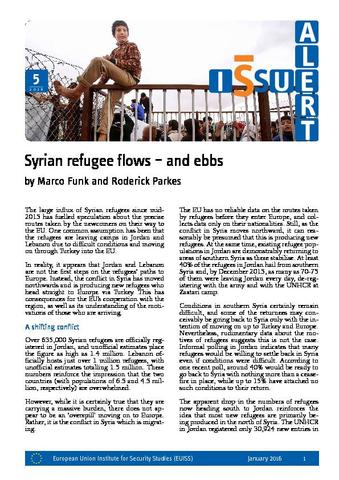 The large influx of Syrian refugees since mid-2015 has fuelled speculation about the precise routes taken by the newcomers on their way to the EU. One common assumption has been that the refugees are leaving camps in Jordan and Lebanon due to difficult conditions and moving on through Turkey into the EU. In reality, it appears that Jordan and Lebanon are not the first steps on the refugees’ paths to Europe. Instead, the conflict in Syria has moved northwards and is producing new refugees who head straight to Europe via Turkey. This has consequences for the EU’s cooperation with the region, as well as its understanding of the motivations of those who are arriving.