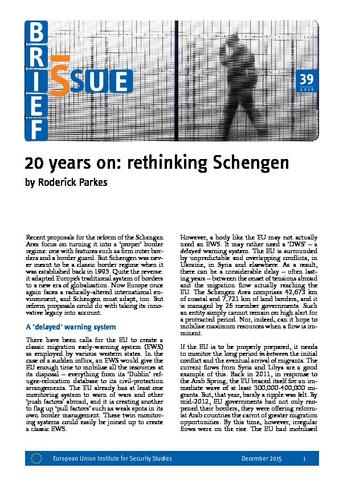 Recent proposals for the reform of the Schengen Area focus on turning it into a ‘proper’ border regime: one with features such as firm outer borders and a border guard. But Schengen was never meant to be a classic border regime when it was established back in 1995. Quite the reverse: it adapted Europe’s traditional system of borders to a new era of globalisation.
Now Europe once again faces a radically-altered international environment, and Schengen must adapt, too. But reform proposals could do with taking its innovative legacy into account.

The IPCR arrangements: a joined-up approach in crisis response?