Mid-term elections in the US: in the shadow of Iraq 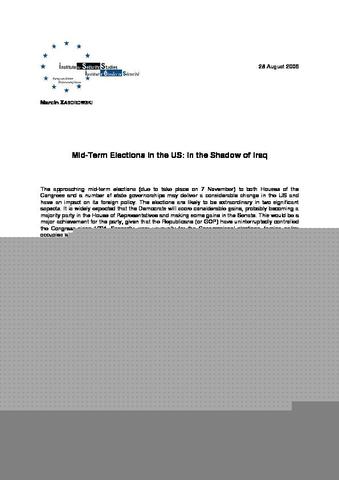 The approaching mid-term elections (due to take place on 7 November) to both Houses of the Congress and a number of state governorships may deliver a considerable change in the US and have an impact on its foreign policy. The elections are likely to be extraordinary in two significant aspects. It is widely expected that the Democrats will score considerable gains, probably becoming a majority party in the House of Representatives and making some gains in the Senate. This would be a major achievement for the party, given that the Republicans (or GOP) have uninterruptedly controlled the Congress since 1994.

A change of course in Washington? The mid-term elections and U.S. foreign policy