A change of course in Washington? The mid-term elections and U.S. foreign policy 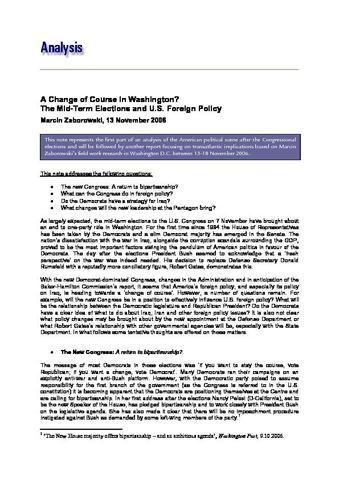 As largely expected, the mid-term elections to the U.S. Congress on 7 November have brought about an end to one-party rule in Washington. For the first time since 1994 the House of Representatives has been taken by the Democrats and a slim Democrat majority has emerged in the Senate. The nation’s dissatisfaction with the war in Iraq, alongside the corruption scandals surrounding the GOP, proved to be the most important factors swinging the pendulum of American politics in favour of the Democrats. The day after the elections President Bush seemed to acknowledge that a ‘fresh perspective’ on the war was indeed needed.

US elections: national security will come back to the 2008 campaign