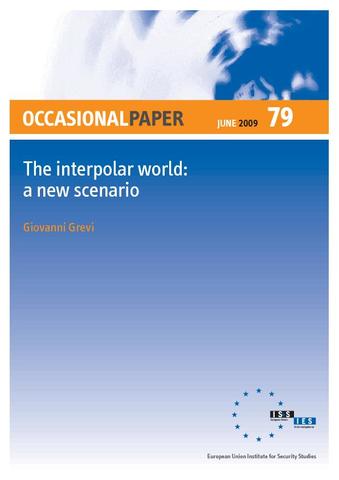 Everyone agrees the world is changing. The question is in which direction? This&nbsp;paper offers an original contribution to the debate on the future shape of the international system. Based on a diagnosis of current developments, it argues that many factors point to the emergence of an ‘interpolar’ world. Interpolarity can be defined as multipolarity in the age of interdependence. The redistribution of power at the global level, leading to a multipolar international system, and deepening interdependence are the two basic dimensions of the transition away from the post-Cold War world. All too often, however, they are treated as separate issues. The real challenge lies in finding a new synthesis between the shifting balance of power and the governance of interdependence.
In the emerging international system, the asymmetric distribution of power assets puts a systemic brake on the unilateral temptations of all powers. Endowment with and access to natural resources and energy becomes central to international affairs, with all major powers expanding their interests, and influence, in every region of the world. The description of a multipolar system captures many dimensions of the emerging international environment. However, emphasis on the relative power of competing actors offers only a partial insight into this new environment. Deepening interdependence is the second basic trend shaping the international system, and provides the new context of power relations. Economic growth, energy security and environmental sustainability are the three interconnected issues at the core of complex interdependence. All major powers are exposed to the unprecedented conjunction of the economic, energy and environmental crises and none of them can successfully confront these challenges on its own.
Both established and emerging powers have a strategic interest in investing in cooperation to place their prosperity and security on firmer grounds. This provides fertile conditions for the emergence of an interpolar world. Interpolarity is interest-based (as it builds on the convergence between the interests of major international actors), problem-driven (as it focuses on the challenges requiring cooperative solutions) and process-oriented. An interpolar system and a multilateral order are compatible, provided that the latter is reformed. This entails, among other measures, strengthening summit diplomacy. It is suggested here that summits such as the G20 or the G8+5 cannot replace the work of traditional multilateral organisations but can fulfil important tasks of confidence building, top-level agenda setting and connecting bilateralism, ‘minilateralism’ and multilateralism. In an interpolar system, where effective cooperation depends on the commitment of major powers among others, these are key functions.
This analysis begs the question of whether the EU will rise to the challenge of steering change, bringing about an interpolar world and promoting effective multilateralism. The EU can showcase considerable achievements, for example in fostering the environmental agenda at the global level. However, as interdependence deepens, competition grows and power shifts, its political cohesion is put to serious test. Whether the Union will shape up to become a central pole of power and cooperation will be decisive for its own future and for the shape of the international system to come.&nbsp;