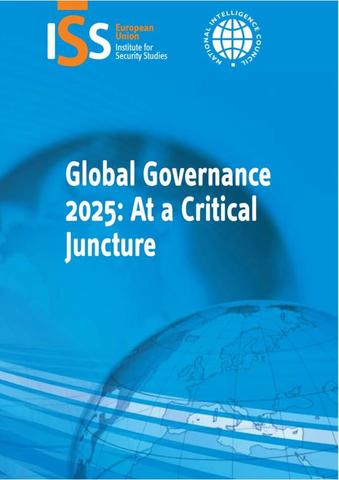 Global governance – the collective management of common problems at the international level – is at a critical juncture. Although global governance institutions have racked up many successes since they were developed after the Second World War, the growing number of issues on the international agenda, and their complexity, is outpacing the ability of international organisations and national governments to cope. With the emergence of rapid globalisation, the risks to the international system have grown to the extent that formerly localised threats are no longer locally containable but are now potentially dangerous to global security and stability. At the beginning of the century, threats such as ethnic conflicts, infectious diseases, and terrorism as well as a new generation of global challenges including climate change, energy security, food and water scarcity, international migration flows and new technologies are increasingly taking centre stage. Three effects of rapid globalisation are driving demands for more effective global governance. Interdependence has been a feature of economic globalisation for many years, but the rise of China, India, Brazil and other fast-growing economies has taken economic interdependence to a new level. The multiple links among climate change and resources issues, the economic crisis, and state fragility – ‘hubs’ of risks for the future – illustrate the interconnected nature of the challenges on the international agenda today. Many of the issues cited above involve interwoven domestic and foreign challenges. Domestic politics creates tight constraints on international cooperation and reduces the scope for compromise. The shift to a multipolar world is complicating the prospects for effective global governance over the next 10 years. The expanding economic clout of emerging powers increases their political influence well beyond their borders. Power is not only shifting from established powers to rising countries and, to some extent, the developing world, but also towards non-state actors. Diverse perspectives on and suspicions about global governance, which is seen as a Western concept, will add to the difficulties of effectively mastering the growing number of challenges.