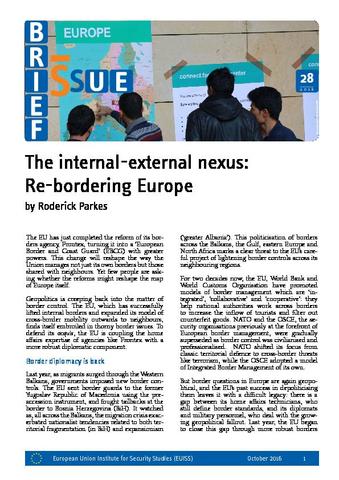 The EU has just completed the reform of its borders agency, Frontex, turning it into a ‘European Border and Coast Guard’ (EBCG) with greater powers. This change will reshape the way the Union manages not just its own borders but those shared with neighbours. Yet few people are asking whether the reforms might reshape the map of Europe itself.

Geopolitics is creeping back into the matter of border control. The EU, which has successfully lifted internal borders and expanded its model of cross-border mobility outwards to neighbours, finds itself embroiled in thorny border issues. To defend its acquis, the EU is coupling the home affairs expertise of agencies like Frontex with a more robust diplomatic component.

App and coming: an ‘Uber migration’?

People on the move – The new global (dis)order