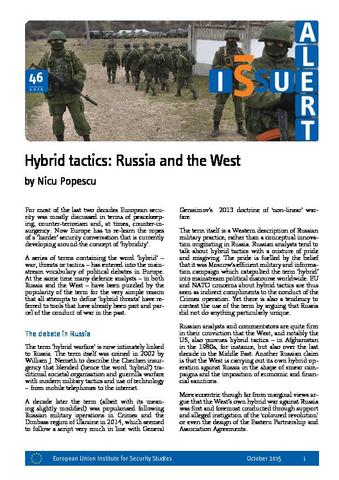 For most of the last two decades European security was mostly discussed in terms of peacekeeping, counter-terrorism and, at times, counter-insurgency. Now Europe has to re-learn the ropes of a ‘harder’ security conversation that is currently developing around the concept of ‘hybridity’. A series of terms containing the word ‘hybrid’ – war, threats or tactics – has entered into the mainstream vocabulary of political debates in Europe.

At the same time many defence analysts – in both Russia and the West – have been puzzled by the popularity of the term for the very simple reason that all attempts to define ‘hybrid threats’ have referred to tools that have already been part and parcel of the conduct of war in the past.