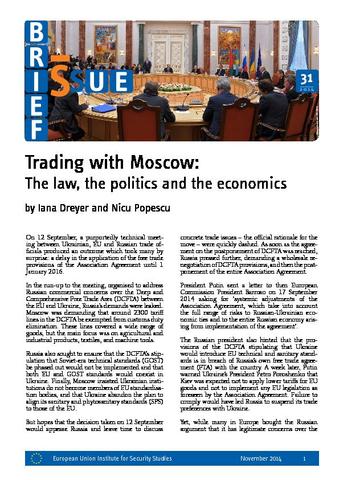 On 12 September, a purportedly technical meeting between Ukrainian, EU and Russian trade officials produced an outcome which took many by surprise: a delay in the application of the free trade provisions of the Association Agreement until 1 January 2016. But hopes that the decision taken would appease Russia and leave time to discuss concrete trade issues – the official rationale for the move – were quickly dashed. As soon as the agreement on the postponement of DCFTA was reached, Russia pressed further, demanding a wholesale renegotiation of DCFTA provisions, and then the postponement of the entire Association Agreement.