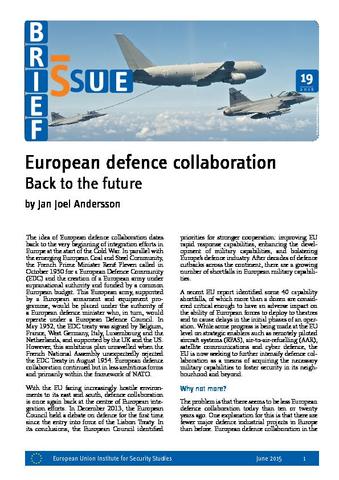 With the EU facing increasingly hostile environments to its east and south, defence collaboration is once again back at the centre of European integration efforts. In December 2013, the European Council held a debate on defence for the first time since the entry into force of the Lisbon Treaty. In its conclusions, the European Council identified priorities for stronger cooperation: improving EU rapid response capabilities, enhancing the development of military capabilities, and bolstering Europe’s defence industry. After decades of defence cutbacks across the continent, there are a growing number of shortfalls in European military capabilities.