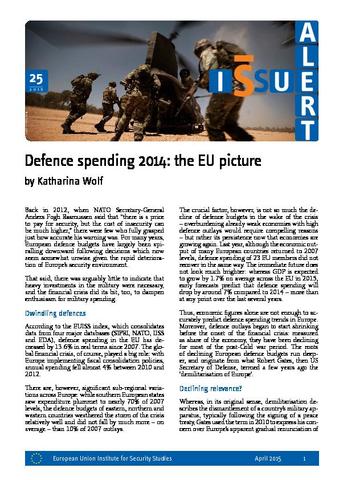 Back in 2012, when NATO Secretary-General Anders Fogh Rasmussen said that “there is a price to pay for security, but the cost of insecurity can be much higher,” there were few who fully grasped just how accurate his warning was. For many years, European defence budgets have largely been spiralling downward following decisions which now seem somewhat unwise given the rapid deterioration of Europe’s security environment. That said, there was arguably little to indicate that heavy investments in the military were necessary, and the financial crisis did its bit, too, to dampen enthusiasm for military spending.