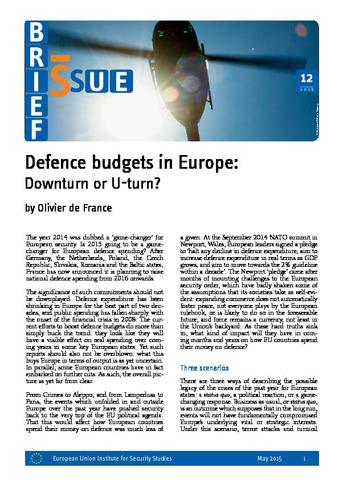 The year 2014 was dubbed a ‘game-changer’ for European security. Is 2015 going to be a game-changer for European defence spending? After Germany, the Netherlands, Poland, the Czech Republic, Slovakia, Romania and the Baltic states, France has now announced it is planning to raise national defence spending from 2016 onwards. The significance of such commitments should not be downplayed. Defence expenditure has been shrinking in Europe for the best part of two decades, and public spending has fallen sharply with the onset of the financial crisis in 2008. The current efforts to boost defence budgets do more than simply buck the trend: they look like they will have a visible effect on real spending over coming years in some key European states. Yet such reports should also not be overblown: what this buys Europe in terms of output is as yet uncertain. In parallel, some European countries have in fact embarked on further cuts. As such, the overall picture as yet far from clear.