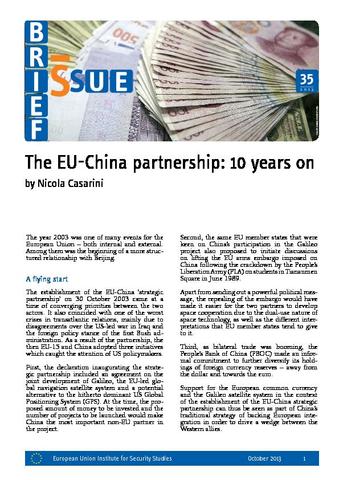 The year 2003 was one of many events for the European Union – both internal and external. Among them was the beginning of a more structured relationship with Beijing. The establishment of the EU-China ‘strategic partnership’ on 30 October 2003 came at a time of converging priorities between the two actors. It also coincided with one of the worst crises in transatlantic relations, mainly due to disagreements over the US-led war in Iraq and the foreign policy stance of the first Bush administration. Ten years on, which direction will the partnership now take?