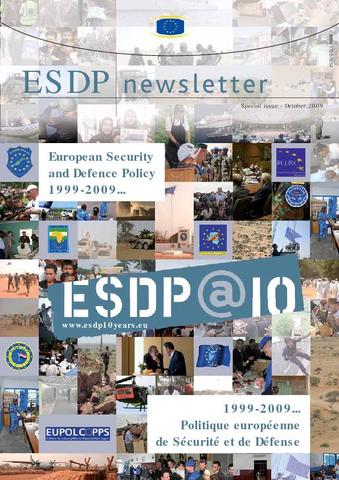 This year, the European Security and Defence Policy celebrates 10 years of collective endeavour. Having welcomed the Franco-British declaration made on 4 December 1998 in Saint-Malo and following the entry into force of the Amsterdam Treaty on 1 May 1999, EU leaders formally inaugurated the project in the European Council meetings of Cologne in June and Helsinki in December.

This special issue looks back at the developing structure, the endorsement of the European Security Strategy and the 22 missions which have been launched during the 10 years of ESDP. In Javier Solana’s words, “Ten years ago, ESDP was an aspiration; now it is a reality on the ground, with crisis-management operations making a real difference to people’s lives across the world.”