China's Road: into the Western Balkans 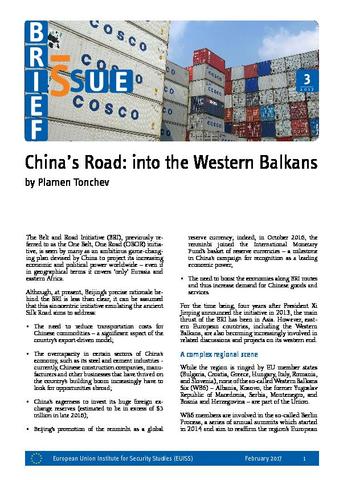 The Belt and Road Initiative (BRI), previously referred to as the One Belt, One Road (OBOR) initiative, is seen by many as an ambitious game-changing plan devised by China to project its increasing economic and political power worldwide – even if in geographical terms it covers ‘only’ Eurasia and eastern Africa.  For the time being, four years after President Xi Jinping announced the initiative in 2013, the main thrust of the BRI has been in Asia. However, eastern European countries, including the Western Balkans, are also becoming increasingly involved in related discussions and projects on its western end.