All quiet on the Bahraini front? 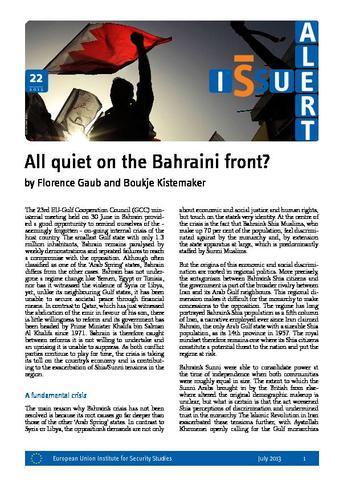 The recent EU-Gulf Cooperation Council summit in Bahrain served to draw attention to the fact that, although it has been two years since the February 2011 uprising, Bahrain’s crisis has still to be resolved. The country remains paralysed by continued protests, and the opposition is becoming increasingly radicalised and fragmented. Worse still, as both conflict parties continue to play for time, the crisis is taking its toll on the country’s economy and is contributing to the exacerbation of religious tensions in the region. Bahrain, however, cannot afford a protracted conflict for a variety of economic and political reasons. As this alert argues, the continued diversification of its economy and the establishment of solid social foundations are therefore crucial for the country’s survival.