Adding fuel to the fire? Arming the Kurds 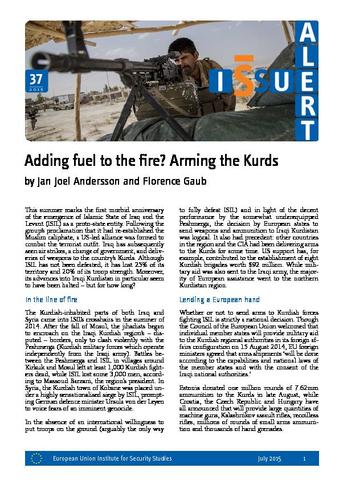 This summer marks the first morbid anniversary of the emergence of Islamic State of Iraq and the Levant (ISIL) as a proto-state entity. Following the group’s proclamation that it had re-established the Muslim caliphate, a US-led alliance was formed to combat the terrorist outfit. Iraq has subsequently seen air strikes, a change of government, and deliveries of weapons to the country’s Kurds. Although ISIL has not been defeated, it has lost 25% of its territory and 20% of its troop strength. Moreover, its advances into Iraqi Kurdistan in particular seem to have been halted – but for how long?