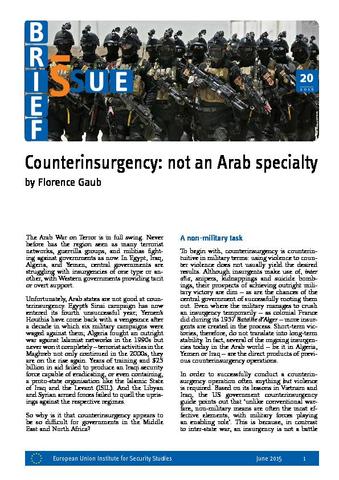 Unfortunately, Arab states are not good at counterinsurgency. Egypt’s Sinai campaign has now entered its fourth unsuccessful year; Yemen’s Houthis have come back with a vengeance after a decade in which six military campaigns were waged against them; Algeria fought an outright war against Islamist networks in the 1990s but never won it completely – terrorist activities in the Maghreb not only continued in the 2000s, they are on the rise again. Years of training and $25 billion in aid failed to produce an Iraqi security force capable of eradicating, or even containing, a proto-state organisation like the Islamic State of Iraq and the Levant (ISIL). And the Libyan and Syrian armed forces failed to quell the uprisings against the respective regimes. So why is it that counterinsurgency appears to be so difficult for governments in the Middle East and North Africa?

Whatever happened to Yemen’s army?